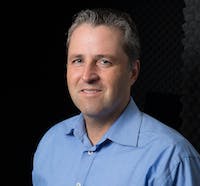 Arturo Hernandez is currently Professor of Psychology and Director of the Developmental Cognitive Neuroscience graduate program at the University of Houston. He received his Ph.D. in Cognitive Science and Psychology from the University of California, San Diego in 1996 working with Elizabeth Bates. He spent the following year in a post-doc with Marta Kutas, also at UCSD acquiring additional expertise in Neuroimaging methods. His major research interest is in the neural underpinnings of bilingual language processing and second language acquisition in children and adults. He has used a variety of neuroimaging methods as well as behavioral techniques to investigate these phenomena which have been published in a number of peer reviewed journal articles. His research has been funded by the National Institutes of Health and the National Science Foundation. He has also received awards from the National Science Foundation to spend a year at the Max Planck Institute for Mind and Brain in Leipzig, Germany and a 9-month fellowship from the Alexander von Humboldt Foundation to visit the Charité Medical University in Berlin, Germany. Hernandez interest in language learning has also been informed by having learned four languages at various points during his life. He learned Spanish and English simultaneously as a child, spending the school year at home in California and each summer in Mexico. At the age of 20, he spent two years in Brazil during which he became fluent in Portuguese. His more recent visits to Germany have the added benefit of lending personal insight into language learning well beyond the college years.