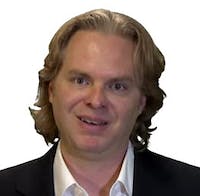 A seasoned entrepreneur, business professor, trainer and coach, David Standen has practiced entrepreneurship in the USA, Europe and the Middle East. Throughout his career, David has worked extensively with fellow entrepreneurs across the globe on everything from an academic classroom to coaching, advising, and assisting during the start-up process. Since 2007 David has developed eleven business plans and has helped to raise over $24 million in start-up funding for clients.

David began his career in the non-profit sector where he spent several years before moving into business education management. In 2006, as part of a three-person task force, David designed and launched the world’s first online MBA program offered by a top-ranked business school. That same year, David was offered a place on the Entrepreneurship Faculty and founded his strategy consulting firm. In 2007, David relocated to Beirut, Lebanon to teach Entrepreneurship, Marketing, Strategy and Finance at the American University of Beirut. In 2010, David founded Odyssey Imports as an importer and wholesaler of luxury lifestyle products from the Mediterranean. Two years later, he returned to his native California to develop the rapidly-growing business located in Laguna Beach, California.

In addition to his own company, David teaches at the University of California, Irvine and has been a Business Advisor for Goldman Sachs in the 10K Small Businesses Initiative. David is also an accomplished Trainer and Business Coach having conducted multiple training and coaching sessions across Europe and the Middle East.

David has an International MBA from IE Business School in Madrid where he is also currently a candidate for the degree of Doctor of Business Administration specializing in Entrepreneurship. When he’s not treasure hunting in the Mediterranean, David lives in Irvine, California with his wife Valerie and their sons Oliver and Phoenix.