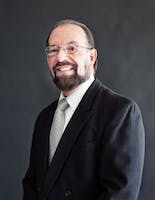 George S. Everly, Jr., PhD, ABPP is an award-winning author and researcher. Dr. Everly is listed as one of the world’s “Top 10 Authors” by BioMed Experts in three different areas: psychological crisis intervention, disasters, and human resiliency. He holds appointments as Associate Professor (part time) in Psychiatry at the Johns Hopkins School of Medicine, Professor of Psychology at Loyola University in Maryland (core faculty), and Associate in Public Health at the Johns Hopkins Bloomberg School of Public Health, and is a member of the Johns Hopkins Center for Public Health Preparedness. He is Executive Director of Resiliency Science Institutes at the University of Maryland, Baltimore County Training Centers, a research and training consortium. In addition, he has served on the adjunct faculty of the Federal Emergency Management Agency and the FBI’s National Academy at Quantico, Virginia. Dr. Everly holds Honorary Professorships at the Universidad de Flores, Buenos Aires, Argentina and Universidad de Weiner, Lima, Peru. He was a member of the CDC Mental Health Collaboration Committee (having chaired the mental health competency development sub-committee), the Infrastructure Expert Team within the US Department of Homeland Security, and the NVOAD Emotional & Spiritual Care Committee, as well as the NVOAD Early Psychological Intervention sub-committee. He is an advisor to the Hospital Authority of Hong Kong. Dr. Everly is co-founder of, and serves as a non-governmental representative to the United Nations for, the International Critical Incident Stress Foundation, a non-profit United Nations-affiliated public health and safety organization. He was formerly Distinguished Visiting Professor, Universidad de Flores (Argentina), and was Senior Research Advisor, Social Development Office, Office of His Highness, the Amir of Kuwait, State of Kuwait. Prior to these appointments, Dr. Everly was a Harvard Scholar, visiting in psychology, Harvard University; a Visiting Lecturer in Medicine, Harvard Medical School; and Chief Psychologist and Director of Behavioral Medicine for the Johns Hopkins' Homewood Hospital Center.

Dr. Everly is a Fellow of the American Psychological Association and a Fellow of the American Institute of Stress, in addition, he has been awarded the Fellow's Medal of the Academy of Psychosomatic Medicine and the Professor's Medal of the Universidad de Weiner (Peru). He is the author, co-author, or editor of 20 textbooks and over 100 professional papers. Among his texts are Fostering Human Resilience (Chevron, 2013), The Resilient Leader (DiaMedica, 2010), The Resilient Child (DiaMedica, 2009, Gold Medal Winner), Integrative Crisis Intervention and Disaster Mental Health (Chevron, 2008), Pastoral Crisis Intervention (Chevron, 2007), Mental Health Aspects of Disasters: Public Health Preparedness and Response (Johns Hopkins, 2005), Personality Guided Therapy of Posttraumatic Stress Disorder (APA, 2004), Critical Incident Stress Management, 2nd Edition (Chevron, 1999), Psychotraumatology (Plenum, 1995), A Clinical Guide to the Treatment of the Human Stress Response, 2nd Edition (Plenum, 2002), Controlling Stress and Tension, 8th Edition (Pearson, 2009), and Personality and Its Disorders, with Theodore Millon (Wiley, 1985). Dr. Everly served on the editorial board of Stress Medicine and was a past contributing editor for the American Journal of Health Promotion. He was editor of the monograph on a shielding response to pandemic influenza.

Dr. Everly has won numerous awards receiving the Certificate of Honor from the Baltimore Police Department, the Honor Award from the American Red Cross, the Leadership Award from the American Red Cross, and the Maryland Psychological Association's Award for Scientific Contributions to Psychology. Dr. Everly was the recipient of the University of Maryland’s College of Health and Human Performance’s 50th Anniversary Outstanding Alumni Award and was recognized as a “Pioneer in Clinical Traumatology” by the Traumatology Institute of the Florida State University. He was awarded the Susan Hamilton Award for consensus-building and collaboration in disaster mental health. He served as the Mental Health Chairperson for the Central Maryland Chapter of the American Red Cross, where he was co-founder of the disaster mental health network. In addition, he assisted in the development of the State of Maryland Disaster Mental Health Corps and Maryland’s Disaster Spiritual Care Corps. Dr. Everly was the 39th president of the Maryland Psychological Association. He has given invited lectures in 22 countries on 6 continents. His works have been translated into Russian, Arabic, Swedish, Polish, Portuguese, Japanese, Chinese, German, Korean, and Spanish.