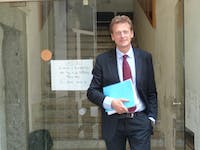 Godefroid de Callataÿ is Professor of Arabic and Islamic Studies at the Oriental Institute of the University of Louvain. He has specialized in the history of Arabic sciences and philosophy, and the role played by Islam in the transmission of knowledge from Greek Antiquity to the Latin West during the Middle Ages. Amongst other subjects, he has published extensively on the encyclopaedic corpus known as Rasā’il Ikhwān al-Ṣafā’ (‘Epistles of the Brethren of Purity’). Since 2012, he also directs ‘Speculum Arabicum’, a project on comparative medieval encyclopaedism at the University of Louvain.

Magic in the Middle Ages