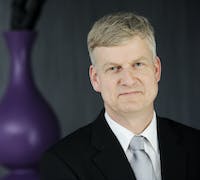 Distinguished university professor Wil van der Aalst is one of the most cited computer scientists in the world and thought leader in areas such as business process management, process mining, and data science. He is scientific director of the Data Science Center Eindhoven (DSC/e) and chair of the AIS group at Eindhoven University of Technology. He also has (honorary) appointments at other universities such as Queensland University of Technology (Australia), the National Research University, Higher School of Economics in Moscow (Russia), and Tsinghua University (China).