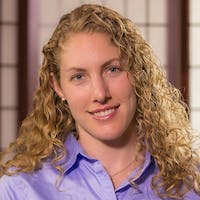 Katherine Amato is a post-doc at the University of Colorado Boulder. Her research focuses on the gut microbiota and how it helps wild primates survive in the habitats they occupy. She is also interested in the role gut microbes have played in the evolution of both primate and human diet and physiology. Katherine is fluent in Spanish and does most of her fieldwork in the rainforests of Mexico and Central America. In addition to her work with primates, she contributes to the American Gut project and is involved in several other projects focused on non-Western human populations. Katherine completed her undergraduate degree in Biology at Dartmouth College in 2007 and received a Fulbright Fellowship to study howler monkeys in Mexico after graduating. She earned her Ph.D. in Ecology, Evolution, and Conservation Biology from the University of Illinois at Urbana-Champaign in 2013. Her research has been funded primarily by National Geographic and the National Science Foundation.