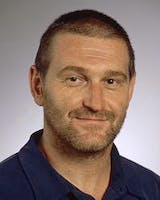 Pavel Pevzner (http://cseweb.ucsd.edu/~ppevzner/) is Professor of Computer Science and Engineering at University of California San Diego (UCSD), where he holds the Ronald R. Taylor Chair and has taught a Bioinformatics Algorithms course for the last 12 years. In 2006, he was named a Howard Hughes Medical Institute Professor. In 2011, he founded the Algorithmic Biology Laboratory in St. Petersburg, Russia, which develops online bioinformatics platform Rosalind (http://rosalind.info). His research concerns the creation of bioinformatics algorithms for analyzing genome rearrangements, DNA sequencing, and computational proteomics. He authored Computational Molecular Biology (The MIT Press, 2000), co-authored (jointly with Neil Jones) An Introduction to Bioinformatics Algorithms (The MIT Press, 2004), and co-edited (with Ron Shamir) Bioinformatics for Biologists (Cambridge University Press, 2011). For his research, he has been named a Fellow of both the Association for Computing Machinery (ACM) and the International Society for Computational Biology (ISCB).